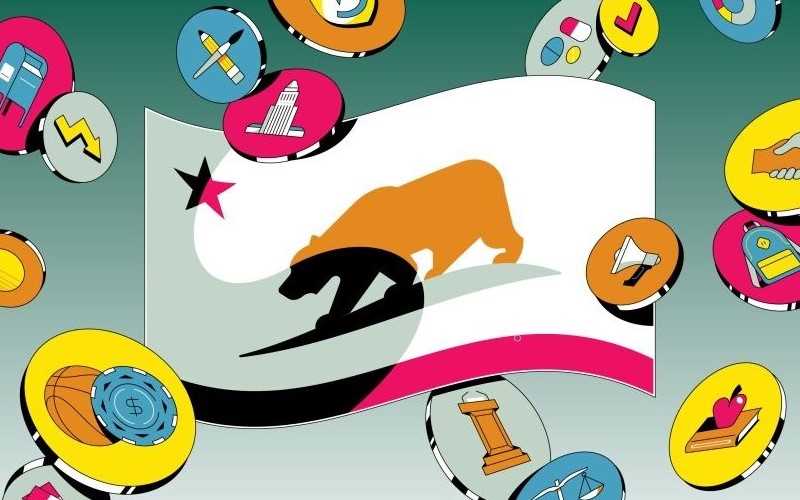 As we get closer and closer to the November election that will see California residents vote on two different gambling expansion bills (which we’ve already discussed at length here and here), the anti-gambling lobby is finally coming out of the woodwork.

With a shade over six weeks to go before domestic CA sports betting is almost certainly legalized in some capacity, the opposition is starting to show its hand.

Take a look at these recent headlines:

“California may legalize sports betting – without knowing how many gambling addicts it has” – The Sacramento Bee, September 9, 2022

“Opinion: Making gambling easier in California is not a great idea” – The San Diego Union-Tribune, September 6, 2022

Of course, the antis aren’t the only ones out in force.

Other outlets are seeking to frame the gambling expansion initiative as a windfall for tax-funded projects, like addressing California’s out-of-control homelessness problem.

Take this piece from the Pasadena Star-News, which seeks to explain how sports betting legalization could bring positive change to the homeless crisis in America’s biggest state:

“Outside of tribal sovereignty and support, homelessness is one of the most salient talking points from the gambling proposition ads. But what does homelessness have to do with gambling? …

The state revenue increase for Prop. 27 is predicted to be in the hundreds of millions, higher than the tens of millions predicted for Prop. 26, according to the [California] Legislative Analyst’s Office. And the Prop. 27 language mandates that 85% of that tax revenue should go to programs to address homelessness…[whereas] any increased revenue from Prop. 26 would go mostly to the general fund, with some allocations for mental health and gambling enforcement.”

Meanwhile, we’ve also got stories like this one, which seem to fly in the face of all reality for ends that could go either way. Politics is a funny business.

Seriously, what do you make of the following headline?

But seriously, that headline just doesn’t ring true. Like, at all.

We can imagine a close, down-to-the-wire outcome that sees full mobile sports betting in California voted down by a point or two (and we can only barely imagine that), but 20 points?

That seems like a cherry-picked, carefully constructed, narrative driving advertisement, not a legitimate poll.

But aside from the BS, what’s the actual point, here?

Articles like this – polls that predict wipeouts of epic proportions on issues that feel like they actually have close, hair-thin margins of approval or disapproval – are probably doing one of two things.

On the one hand, the article might be trying to disenfranchise and demoralize the pro-mobile sports betting voters out there. If legal passage it’s such a huge mountain to climb, many people – perhaps enough people to change the outcome of the election – will just stay home.

In this context, the “poll” is a disguised bit of anti-gambling ammunition.

On the other hand, maybe the article’s author – or the newspaper publishing the article – actually supports mobile sports gambling legalization. By reporting that the race is all but over if the pro-sports betting crowd doesn’t mobilize, they might get that crowd to do exactly that.

In this context, the “poll” is a disguised bit of pro-gambling ammunition.

Regardless, of course, all this is going to resolve itself – notwithstanding the inevitable legal challenges after the fact – in a few short weeks.

And in the event that mobile sports betting is finally legalized in California, we’re even more interested to see whether or not domestic mobile casino gambling is next.